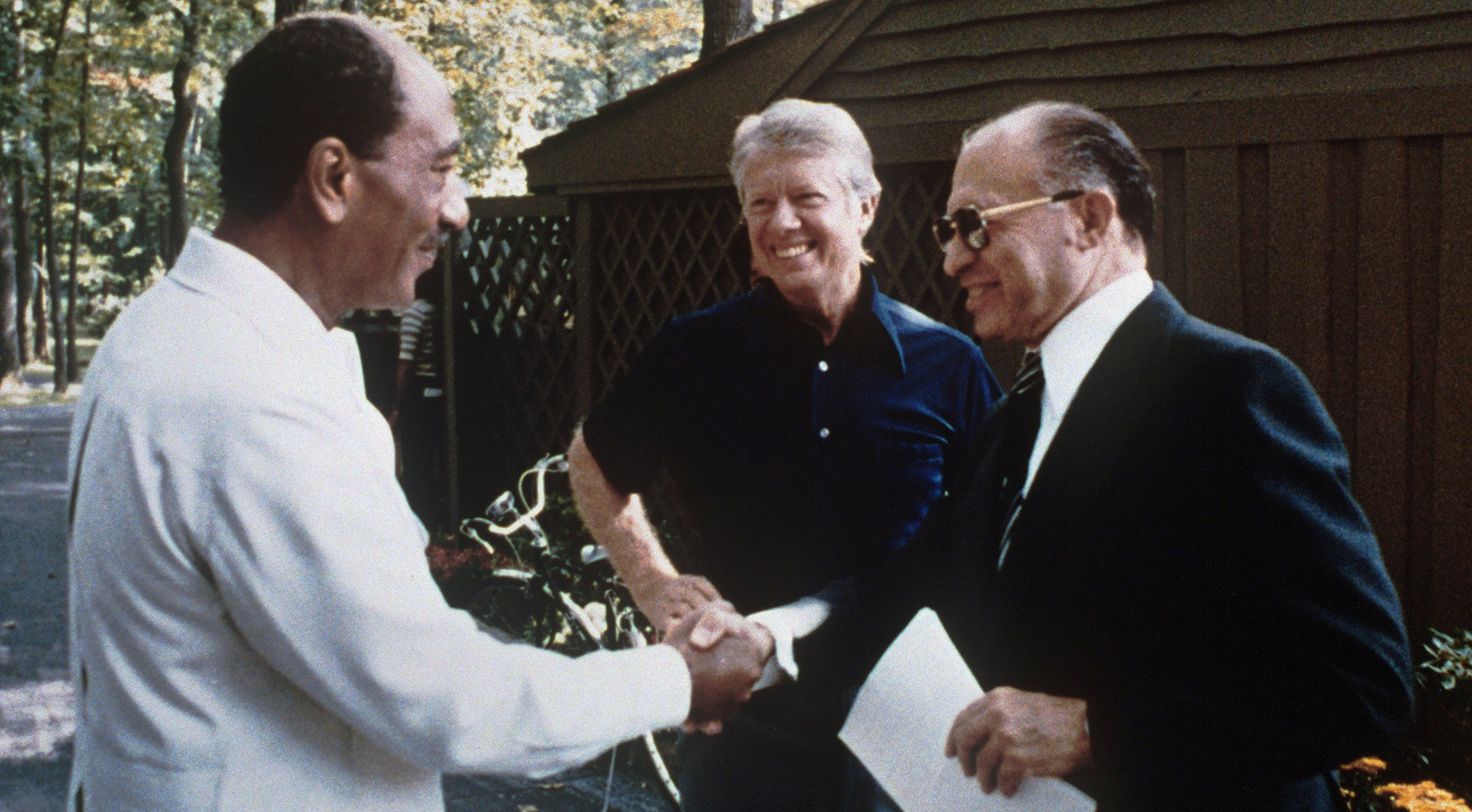 Consider the planning: the menus, the accommodations of the teams with their “secretarial staff, physicians, personal chefs, communication specialists, and ‘bullshit artists'”, more than 100 people, all told.

And the paranoia: “The delegates assumed that their telephone calls would be monitored…”

One of the factors militating towards a successful outcome is that the economies in all three countries (US, Israel, and Egypt) were not good.

Sadat, Begin, and Carter: they all needed a win, maybe more than just a win, more like a HISTORIC WIN!!

Carter budgeted three days, proving that even the best mediators never know how long the process will take.

Carter gets points for bringing a strong team along.

One normally does not think about the mediator (is that what he was?) bringing his own team, but it is a good idea if you have the resources.

Sadat brought a team that was unanimously opposed to the negotiations, including the Rasputin-like figure, Tohamy.

Sadat arrived first, another proactive move like his trip to Israel.

Consistent with his prior negotiation strategy, he continued positional bargaining by coming prepared with a proposal and getting it to Carter first.

If you were Carter and both parties were reluctant to negotiate and refused to meet with one another, where would you start?

Sadat’s goal was not to make peace with Israel, but rather to enhance Egypt’s international reputation, believing, perhaps correctly, that Carter was predisposed to his position.

“Conscious of the grave issues which face us, we place our trust in the God of our fathers, from whom we seek wisdom and guidance. As we meet here at Camp David, we ask people of all faiths to pray with us that peace and justice may result from these deliberations.”

The Israelis budgeted only two days.

After Begin (what an interesting name!) arrived, Carter met with him and presented himself, rather presumptuously, one may argue, as an arbiter.

Begin, according to Lawrence Wright, had the best leverage, but his weakness was that the tougher his stance, the more the US would side with Egypt.

Being paranoid anyway, Begin saw himself on the wrong end of the triangle.

Indeed, as a mediator, I tend to work harder on the most unreasonable party.

He was correct, however, that the US wanted to pressure Israel to soften its position.

At this point, Begin makes a nice tactical move: he brings along the text of a letter from Gerald Ford, agreeing not to make any peace proposals without first consulting Israel.

“Not only did Begin fail to bring any new proposals, he didn’t even seem to understand the point of the summit.”

That evening Jimmy told Rosalynn, “I don’t think he has any intention of going through with a peace treaty.”